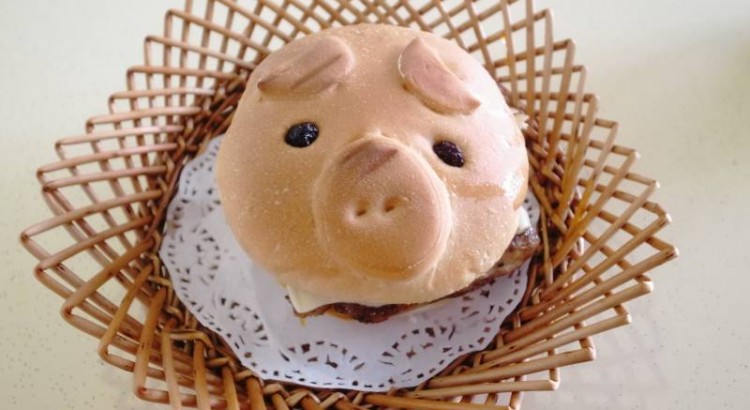 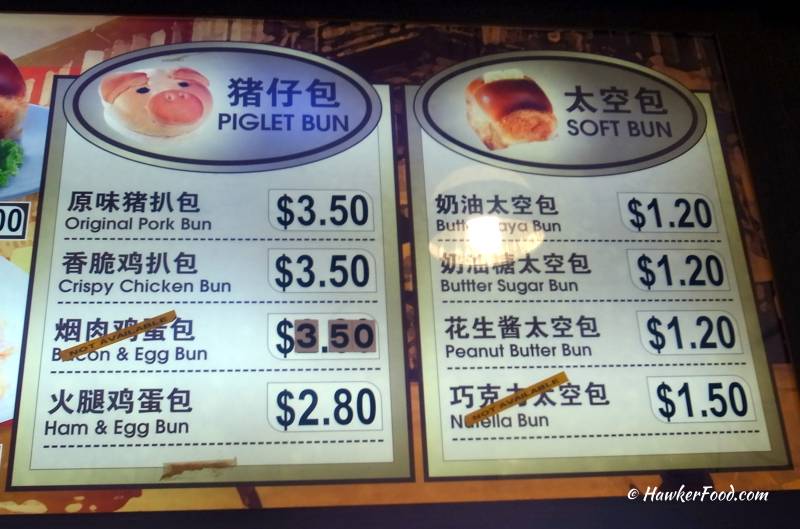 How often do you see a pig head/face without reminding yourself of the image of a pig’s head hung at the HDB unit that is often associated to loan shark’s scare tactics when terrorizing loan defaulters?

At Seng Huat Coffee House in Hougang Central, one can order a pork bun/piglet bun at $3.50 without a reminder of the aforementioned experience.

Lao Beng was there one late afternoon and decided to have tea break in this coffee house. I ordered the pork version to give it a try even though I was more of a poultry person. 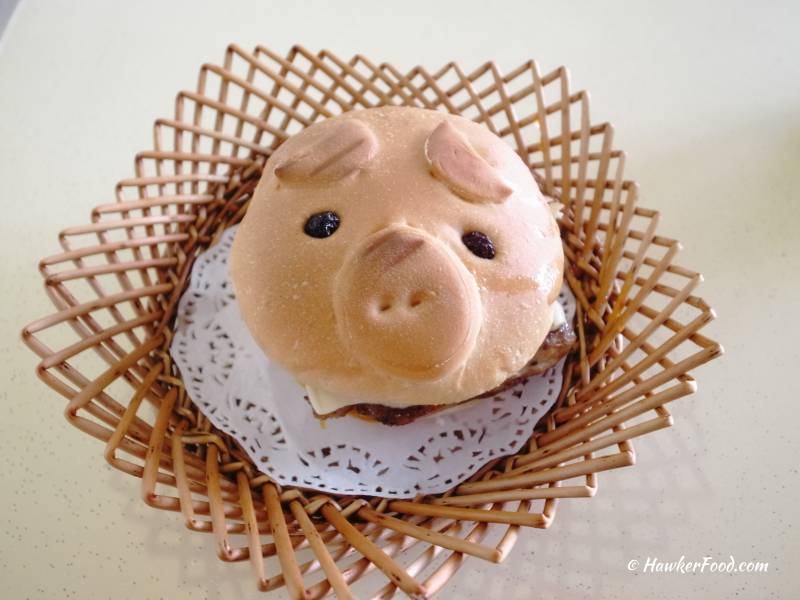 It took close to ten minutes before the pork bun was ready. Once I saw the pork bun, I literally felt that it was crying while looking at me.

It looks real pitiful and at the same time cute, doesn’t it? Perhaps it is the use of raisins as the eyes that evoked such feelings to me. 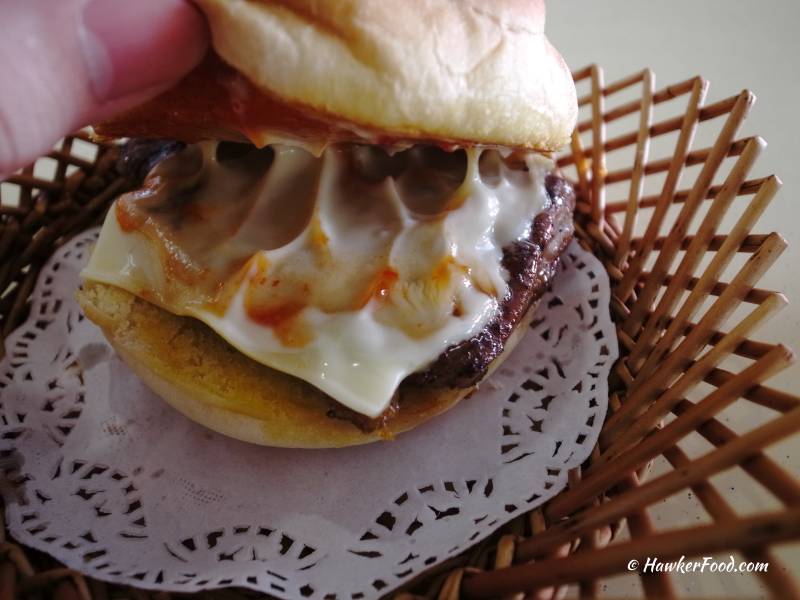 Oh well, I was darn hungry and quickly lift up the warm soft bun to have a quick glance. I could see the melting cheese, mayonnaise and chilli sauce atop the thick slice of pork chop.

I wasted no time in taking my first bite and was quite delighted by the juicy taste combining with the chunky but tender pork chop. I had initially balked at the price of $3.50 as I had thought it would be just a small pork patty; but it was a whole piece of pork chop and to me that is value for money, not to mention that it tasted really good.

I would say this pork bun gave me mixed feelings. First, I found it so cute and did not want to eat it but once I started eating, I couldn’t stop. Humans are omnivores after all.

In summary, Seng Huat Coffee House Pork Bun is pretty tasty and filling. Do give it a try!