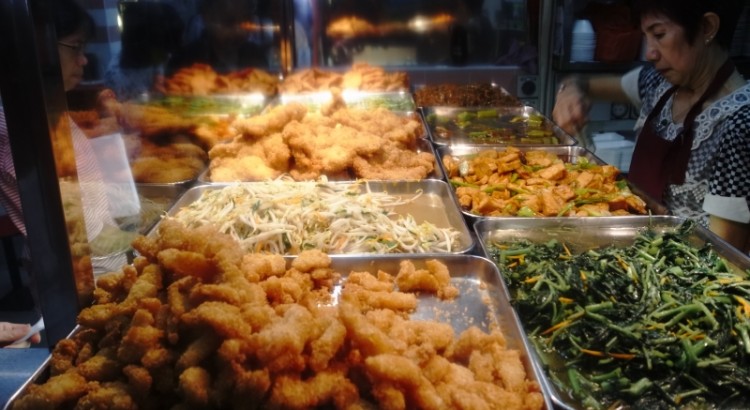 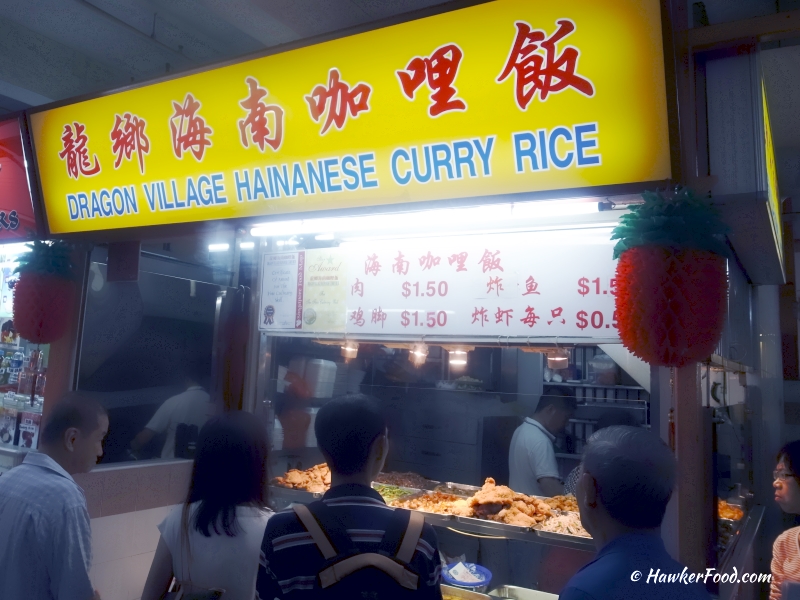 Lao Beng stopped by Chinatown Complex Food Centre for lunch prior to bringing my mum for a routine checkup over at Singapore General Hospital.

We were attracted to this particular stall – Dragon Village Hainanese Curry Rice due to the snaking queue and decided to make the snake longer. 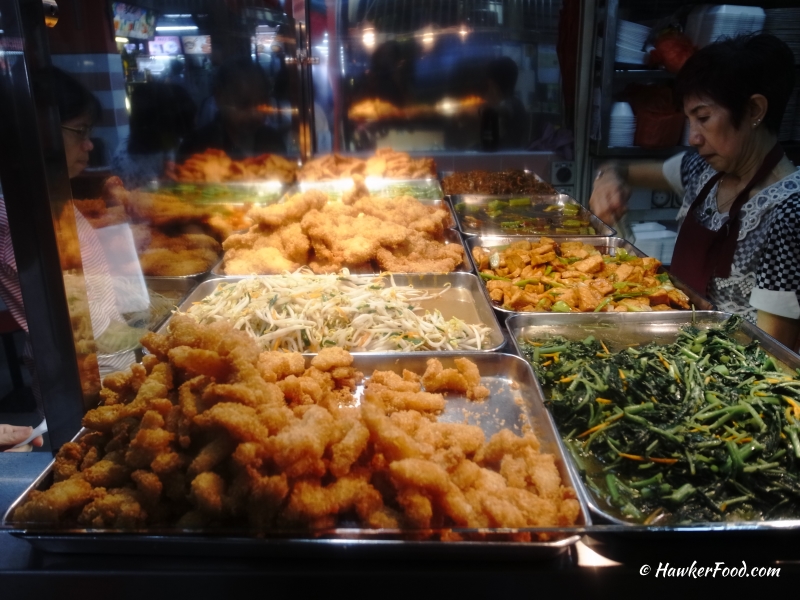 While being part of the snake torso, I was scanning for the dishes that I want. What interested me were the fried cutlets of pork, chicken and fish.

I was disappointed when I saw the bitter gourd (around twelve o’clock from the auntie’s perspective) were almost gone. 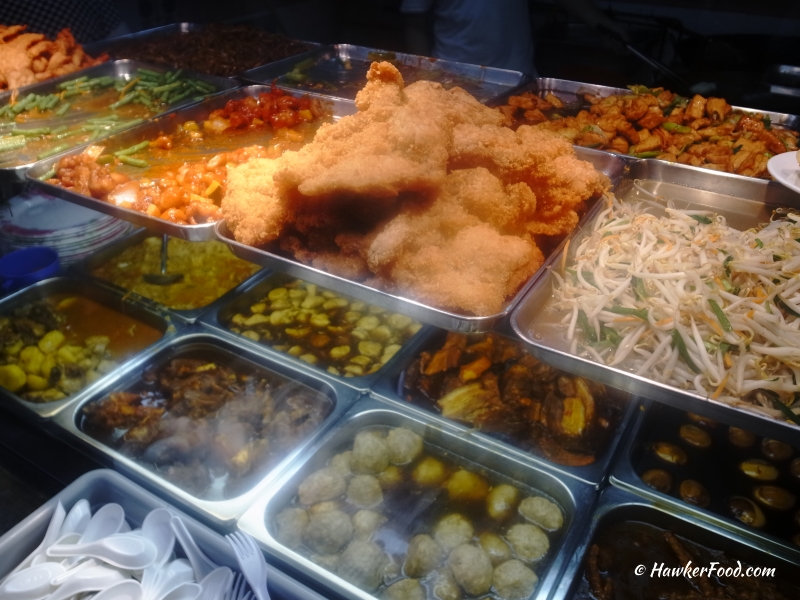 As I got closer, I decided on the chicken cutlet and preserved vegetables. The meat balls at the bottom were seducing me but I decided to try the “lor bak” (braised pork belly) placed right behind the meat balls.

My Mum was ahead of me and went off to find a seat while I place my order. I gave the auntie five dollars and received a handful of coins and slipped them into my pocket; which already had coins….my bad…but my guess was it probably cost me under four dollars for two meat and one vegetable. 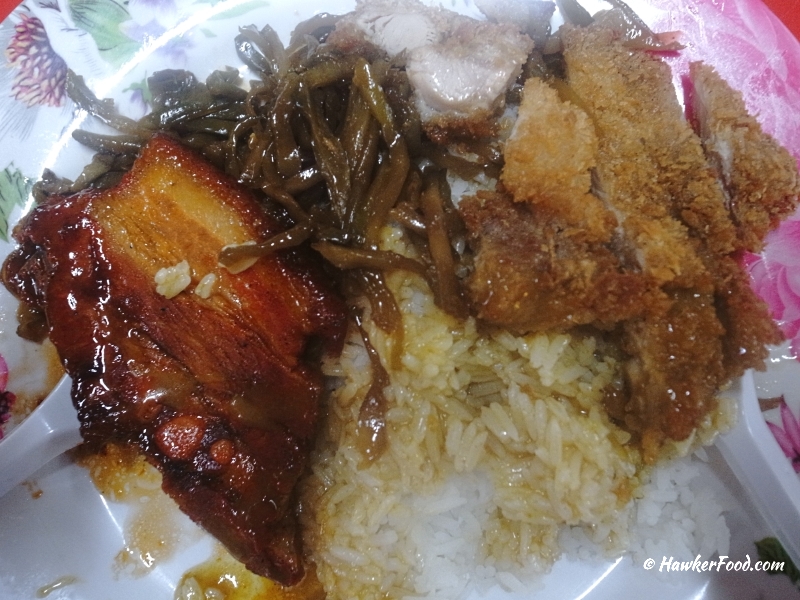 As with all curry rice, the curry gravy is a must and it tasted just spicy enough  for my taste buds. I was wondering why was my chicken cutlet cut into pieces but not the lor bak. I guess it was due to the fact that the lor bak was pretty tender and was easy to cut with the plastic cutlery. The preserved vegetable tasted crunchy and slightly salty, the cutlet was nicely fried and chewy.

Not bad I must say, the curry gravy was nice and I liked the tenderness of the lor bak. Do try it if you happen to be there!