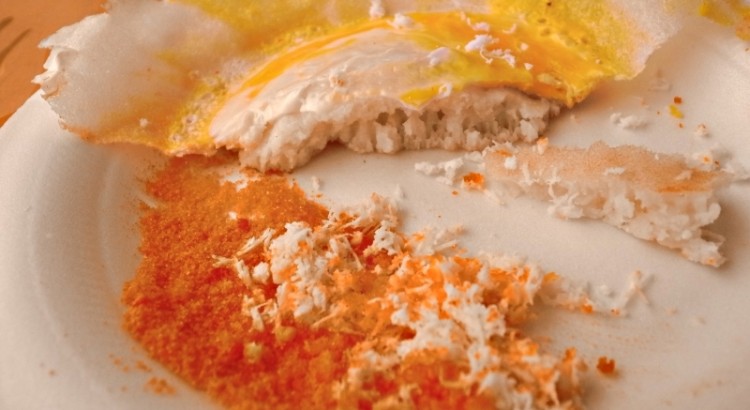 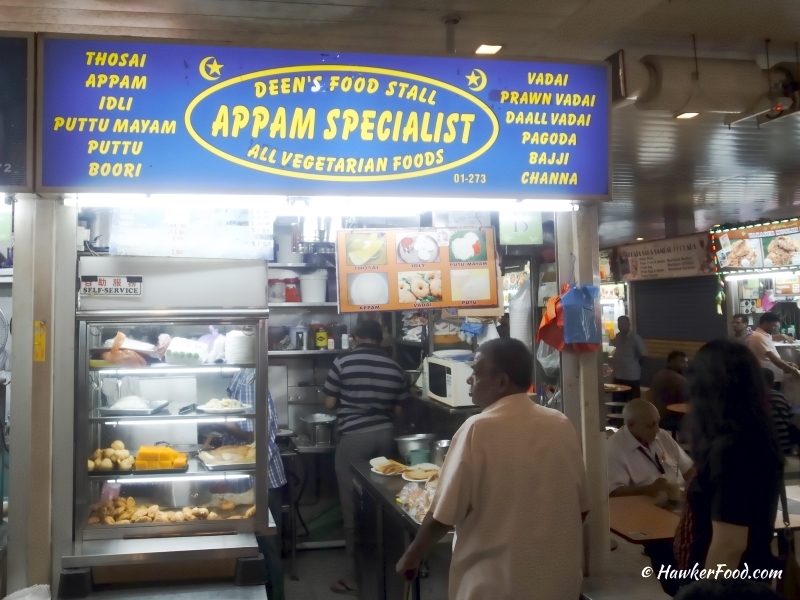 Right after Lao Beng’s brunch at 545 Whampoa Prawn Noodles in Tekka Market and Food Centre, I found myself still stuck in the Food Centre due to the ongoing rain. A perfect excuse to eat the appam that so many people were seen eating in the hawker centre.

Appam is a south indian pancake made with fermented rice flour batter and coconut milk. I was scouring stall after stall looking for this particular hawker food.

When I saw Deen’s Food Stall, I was immediately attracted to the pair of gigantic words of “Appam Specialist” which are so much larger than their stall name.

The pricing board over at Deen’s. I decided on an appam with egg. 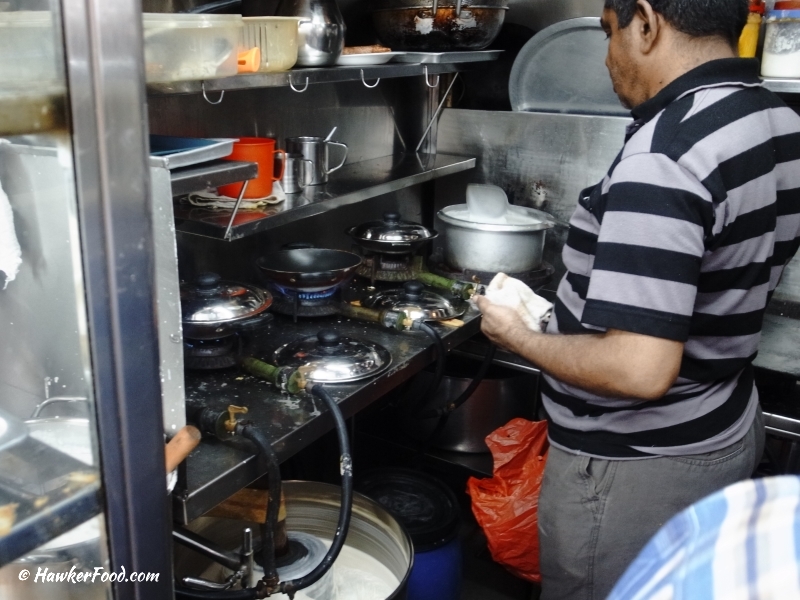 The uncle making appams simultaneously with three stoves. Those in front of me in the queue were all ordering appam, while some ordered thosai. 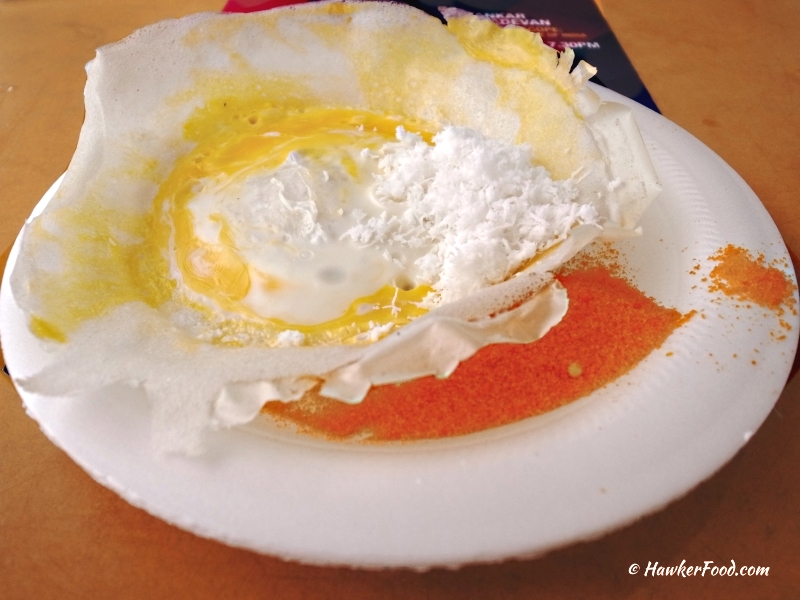 Finally, I received my appam egg showered with grated coconut and orange coconut sugar by the side. It kind of reminded me of the “plaster” prata which is egg fried on top of a plain prata. 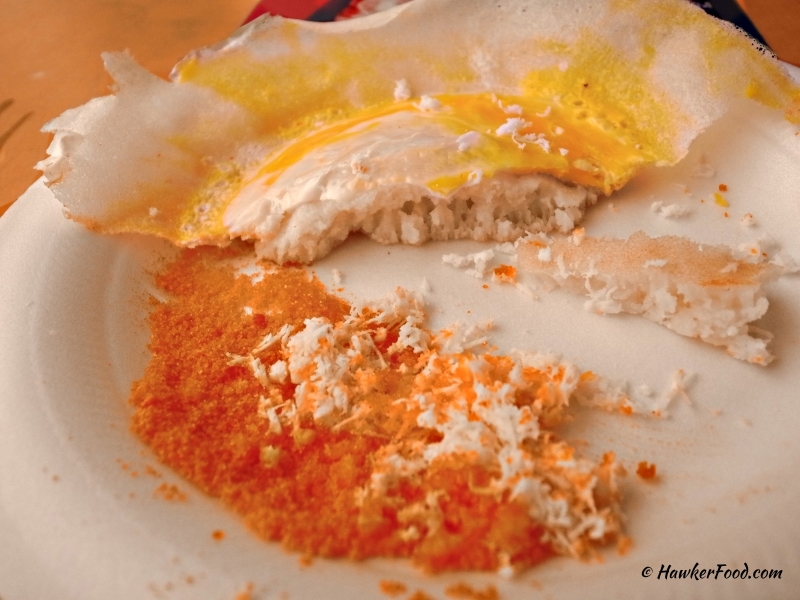 The appam’s soft and fluffy sour centre combined well with the egg giving it a much chewy texture. Mixing with the grated coconut and coconut sugar gave it a much savoury taste, I particularly liked the soft and slightly crisp edges.

While not spectacular, Deen’s Food Stall seems to be the to-go stall for freshly made appam in Tekka Market and Food Centre. Do try it if you happen to be in the vicinity.