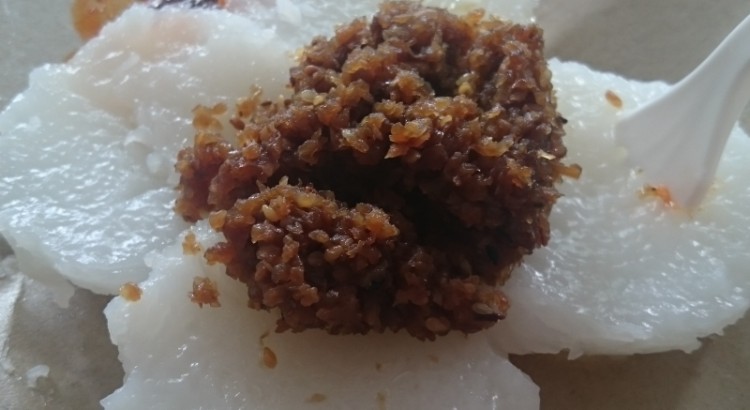 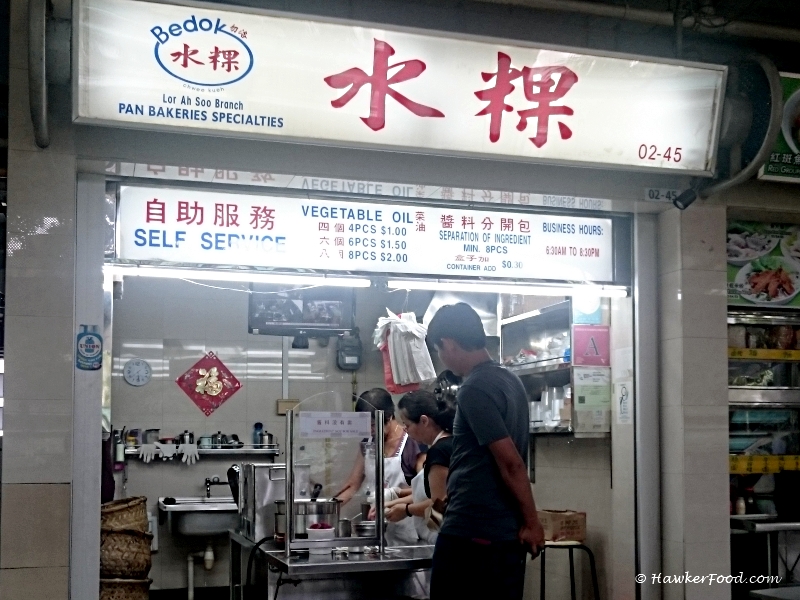 Imagine yourself hungry and down to your last dollar in the year 2015 and you wonder what kind of Hawker Food you can buy to fill your tummy.

Bedok Chwee Kueh is the answer, four “Chwee Kuehs” (Steamed Rice Cakes) for the price of $1. This is the branch located in Hainanese Village Food Centre in Lorong Ah Soo.

Well I was not exactly down to my last dollar but I spent too much money on Nonya Kueh over at Molly, a subsequent visit after I wrote about them in an earlier post.

I still remember when I was a kid in the late 80s and early 90s, I did not have enough pocket money and my last 20 cents or 10 cents were either spent on a Cloud 9 chocolate bar or on Haw Flakes. So I was really glad that in year 2015 I still can get four Chwee Kuehs for the price of a dollar. 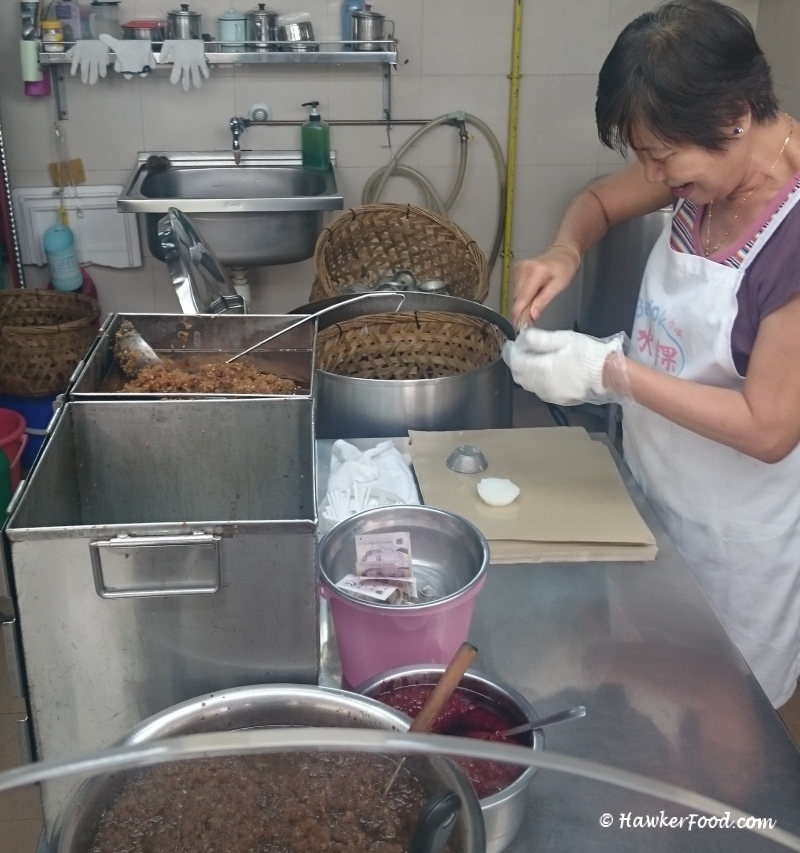 The stall was helmed by two aunties and I gleefully asked the friendly auntie for a photo which she shyly obliged. 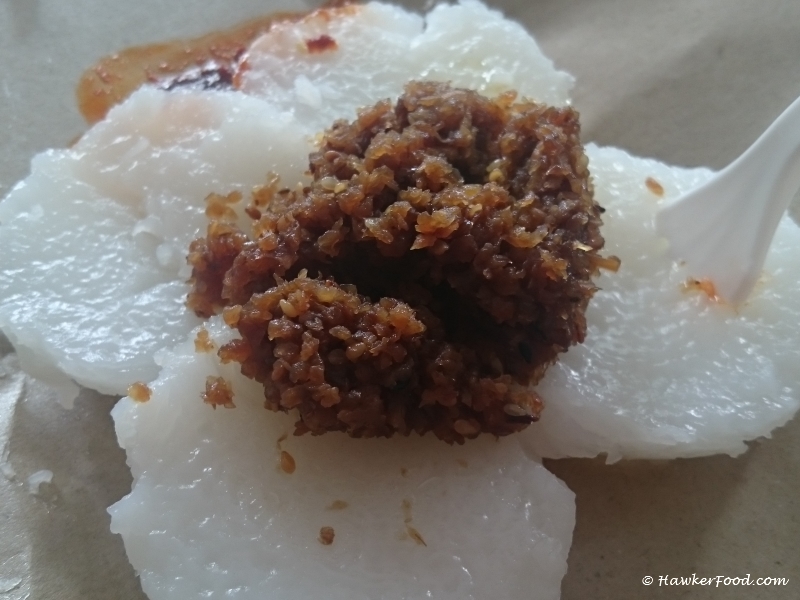 I exchanged my golden coin for four Chwee Kuehs and they were topped with a whopping chunk of “chye poh” (preserved turnip/radish) with a small portion of chilli at the side.

I began to spread and mix the chilli and chye poh evenly onto the Chwee Kuehs. 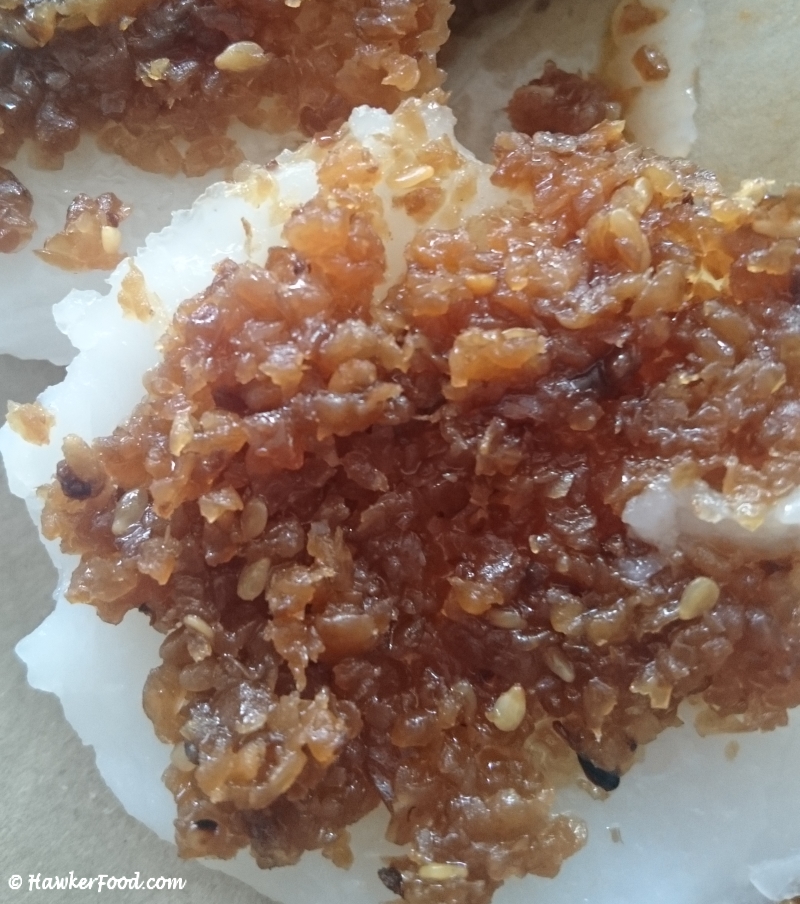 The steamed rice cakes were smooth and soft to the taste, the fragrant chye poh and chilli combined to give a delightful yummy taste.

As compared to Jian Bo Shui Kueh, Bedok Chwee Kueh is less oily, less expensive and yet on par.

$1 for four nice tasting Chwee Kuehs with generous servings of chye poh is a rarity even if it is a Hawker Food. Rental increment and inflation are both part and parcel of life but I pray that they will be able to keep it at this price for years to come. Comfort food for both the rich and poor.