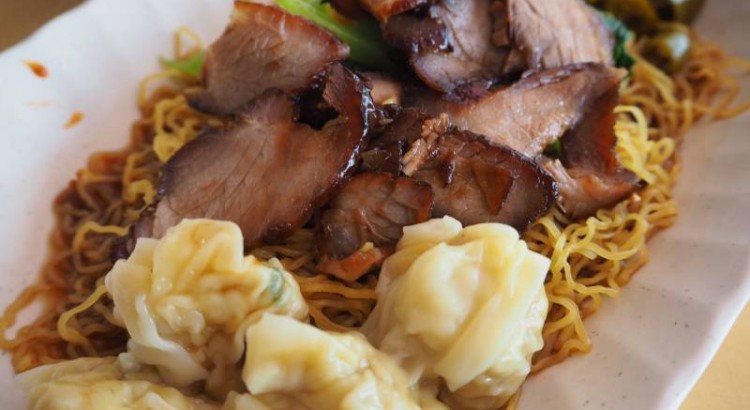 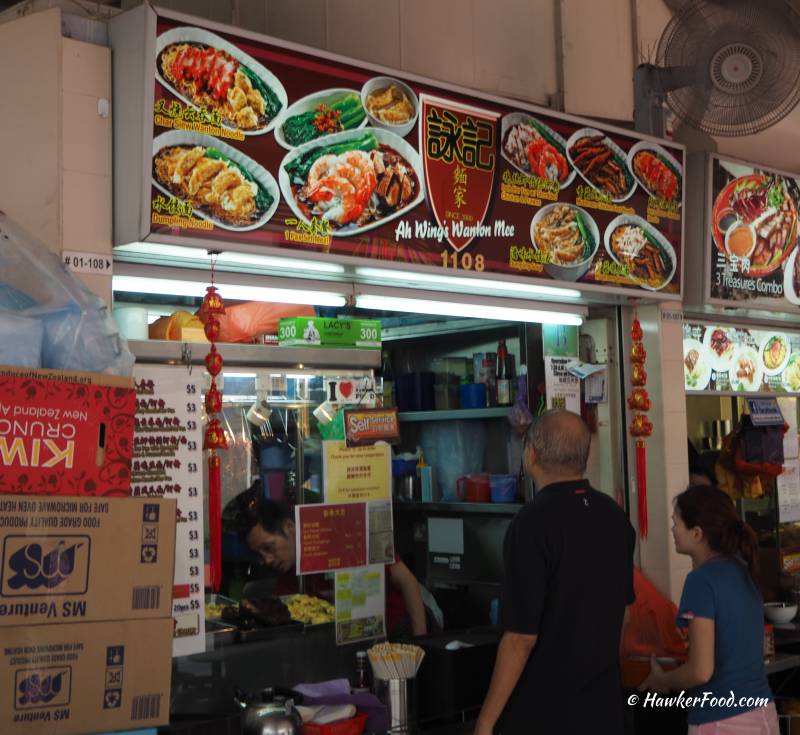 Lao Beng ventured into Empress Road Market and Food Centre one late morning looking for brunch. I surveyed the area; walking around to see what was on offer and noticed this particular wanton noodle stall tucked at a corner having more customers than other stalls.

The logical theory of “got queue means good food” immediately came to mind thus I decided to join the queue for Ah Wing’s Wanton Mee. Patrons in front of me ordered mushroom chicken feet noodle as well as Ipoh hor fun and I realized that they have a long menu listing multiple variations of their noodle dishes.

Subsequently, I saw an uncle carry a plate of wanton mee, with a large bowl of soup and a large plate of vegetables. I looked to the signboard and saw the “one person set meal” which cost $5. It certainly looked value for money for such large portions.

Within five minutes, my turn came and not feeling too ambitious, I ordered the $3 Char Siew Wanton Mee with my choice of noodle as mee kia. 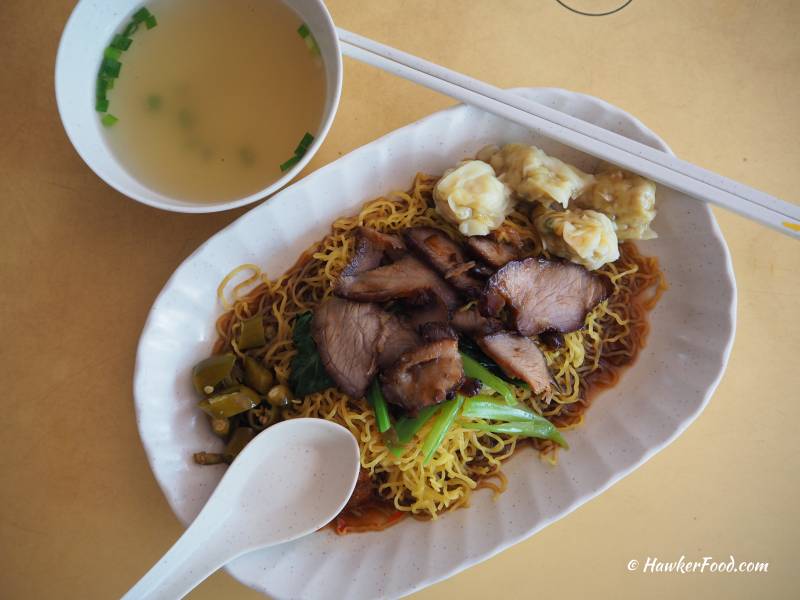 The wanton mee was served in a rectangular plate and the darkened slices of char siew looked very appetizing as I like this kind as compared to the bloody red version.

I tried the soup first and was immediately hooked to it, it has got that old school taste in it and I kept slurping away before I composed to tell myself to start eating the noodle. 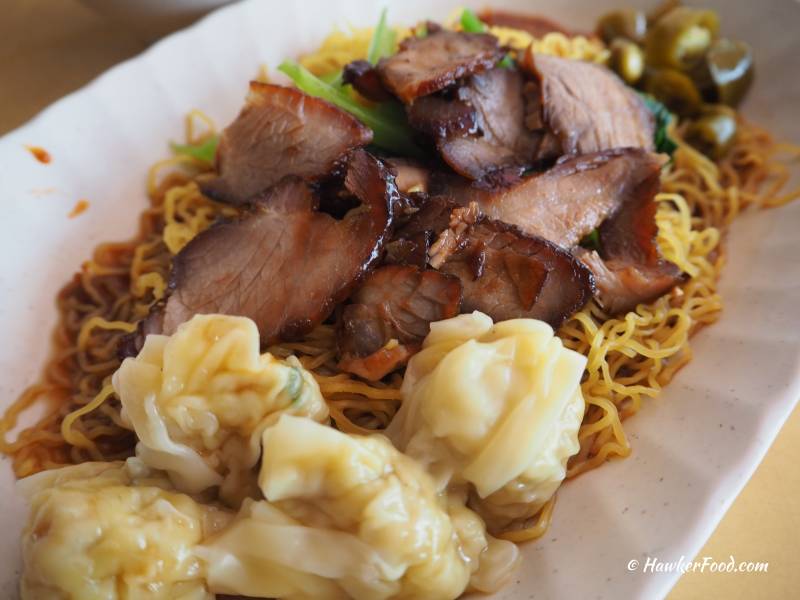 After mixing the chilli thoroughly, I began my assault. The noodle was of the springy al dente kind and tasted really flavourful. The slivers of char siew although thin were sweet,chewy and did not have that strong charred taste so often associated with it.

The delectable wantons gave me a tasty and wholesome feeling like they were well-packed with the right amount of meat as I chomped the dumplings like no tomorrow.

Extremely value for money, generous servings and most importantly delicious; do make Ah Wing’s Wanton Mee your first stop when you happen to visit Empress Road Market and Food Centre. The next time I go there, I will definitely try the one person set meal for $5.